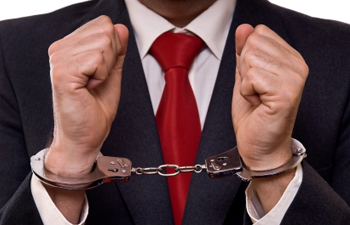 The Managing Director of a waste and recycling company in Liverpool has been sentenced to 8months in prison for breaching Section 37 of the Health and Safety at Work Act after a worker was fatally crushed by a baling machine’s hydraulic ram in 2010.

Jonathan Gaskell, his company, Gaskells (North West) and its maintenance manager Michael Cunliffe had all been convicted of health and safety failings after pleading guilty to charges in January 2016.

At a sentencing hearing at Liverpool Crown Court last week, Gaskell was given a custodial sentence of 8months while the business was also fined £700,000.

Cunliffe had previously been given a 4month sentence, suspended for two years, for his role in the fatal accident.

Another defendant, operations and health and safety manager Paul Jukes, had maintained his innocence, but was found guilty of a Section 7 breach after a trial in September 2016, and subsequently sentenced to 9months in jail. Jukes appealed against his conviction – which rested on arguments around “litigation privilege” – but his appeal was dismissed by the Court of Appeal in January 2018.

Polish national Zbigniew Galka, 39, was operating a baling machine which fed waste or recyclable material into a compaction chamber when it became blocked.

According to a report in the Liverpool Echo, Jukes’s trial in September 2016 heard that the “death trap” machine became blocked on a daily basis. Employees would then switch the machine off, open an access door and climb inside to clear it.

Prosecuting on behalf of the HSE, Andrew Long told the court that Galka had received little training and “clearly misunderstood how the machine worked, or the horrendous risk”.

Without turning the machine off, Galka entered it by crawling through a small opening. As he stood up and tried to clear the blockage, the machine automatically activated and he was crushed by hydraulic ram.  Galka suffered severe blood loss and traumatic injury to both legs. He died on the way to hospital.

Long told the court: “Fellow workers heard his screams and ran to help. He was alive and conscious and well aware of the fact that he had suffered terrible injuries.”

A joint investigation by HSE and Merseyside Police found that the electrical safety interlock system that would have prevented workers from entering the machine while it was still connected to the power supply had been defeated two months earlier.  Interlock switches had been fitted to the chamber door of baling machine, so that if the door was opened power would be cut.  However, the court heard that the company’s maintenance engineer Michael Cunliffe, had “deliberately bypassed” wiring in the interlock circuits after they had been damaged by rats.  Cunliffe had informed the management of the company, including Jukes, of the unsafe modifications to the baling machine’s interlocks by email.

According to the prosecution, the accident was “hugely foreseeable”.